Joburg in a Couple of Paragraphs

Overall, Johannesburg, South Africa was meh. While we did have some interesting events occur, most of the time we just stayed in the hotel and order take out and watch movies. While that might sound cool in your mind, remember that we didn’t decide to go around the world to watch movies and order mediocre take out food.

The first event (of two) I would like to talk about is my fist time on a City Sightseeing tour bus. When you have traveled to an international destination (or maybe domestic, I don’t really know), have you see those big, red, double-decker buses that say,

If so, I hope you have been on one. They gave me lots of interesting information, in English! The reason I say that with such enthusiasm, is because on the side of every bus it says,

That however is not true, because they only have an assortment of about ten or so languages. Liars. We toured the city with a prime view of every part of the city. It was great. 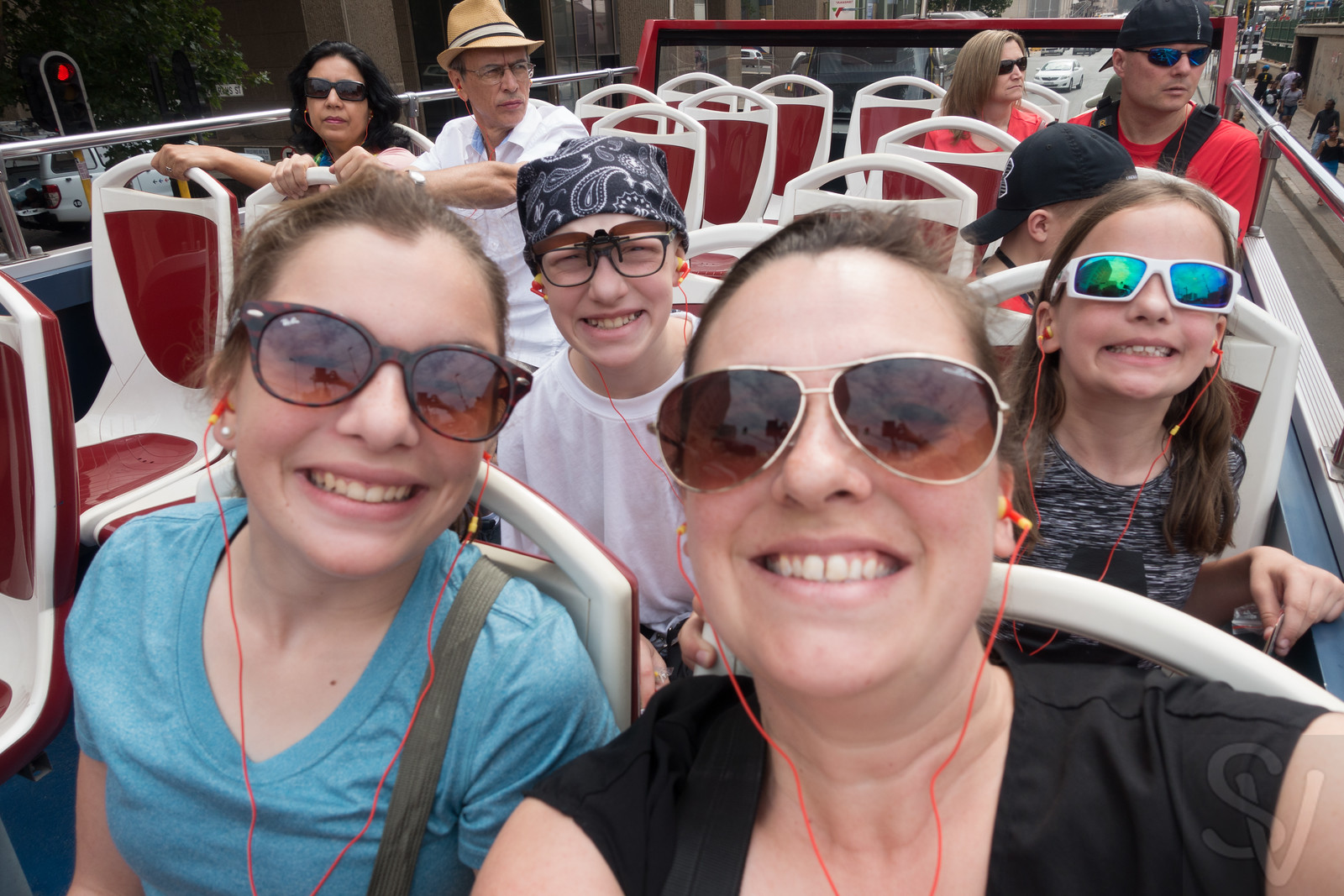 In Johannesburg, I think I have discovered I have a fear of spiders. However, if you were in my situation, I think you would have been a little freaked out. I walked into the bathroom of our hotel room (we are on the first of two floors, this will make my story more plausibe, as it is hard to see how a spider would want to crawl into a sixth story bathroom.) As I was doing my business, I looked up to the corner of the bathroom. There, in front of me, was a two inch wide body with eight giant hairy legs, two of which, were raised in threat position. I stared. I didn’t move a muscle. I started to shake. I finished, and stood up slowly. There was no time to wash my hands. Tears rolled down my cheeks but I didn’t make a sound. I slipped out the bathroom door. Tori walked into the hallway and said, “Zoe, what did you do!?” I burst into tears. Da and Mama came over and asked what happened. I managed to say, “Spider in the bathroom corner,” and I pointed towards the bottom right corner. My mom hugged me and sat me down in her room. My dad went to take a look. “That is a monster spider, Lisa, we are gonna need to call reception or something." I started hyperventilating, and sweating really hard, though I hardly noticed. I couldn’t get the image out of my mind.

A few long minutes later, a man with a broom arrived. He looked. “Oh, man, “ he said as if he doesn’t get this kind of alert a lot. My dad asked, “Do you know what kind it is?” The man answered, “Not a clue,” as he smashed it with a broom and swept it outside. I couldn’t move. I felt like I feel whhen I am up really high. My mom told me to calm down, and that it was gone.

Later, we decide to hunt around on the horrible internet to find out what type of spider it was. It turned out to be a slightly venomous spider called the Rain Spider, native to South Africa. I learned a bit about them. When the spider was first discovered, they tested to see if it was venomous on a hamster. The hamster died seven minutes after it was bitten. However, later results proved that the hamster had died of shock, and that the venom was no worse than that of a bee sting. Here is a picture of this terrifying creature: 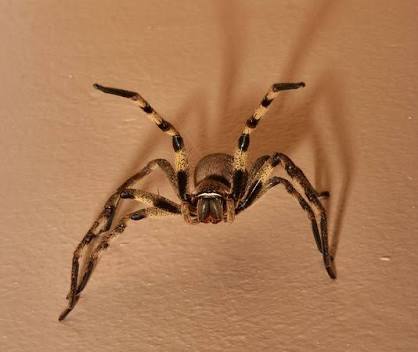 That pretty much sums up the eventfulness of Joburg. Bye-bye.