Today we went to Trim Castle on our way to Dublin. There we learned what each room in the Keep was used for and how they defended the castle. On the tour, the guide mentioned an excavation site north of the castle. Little did I know, we were going there right after seeing the castle. I also didn't realize how awesome the site was going to be! 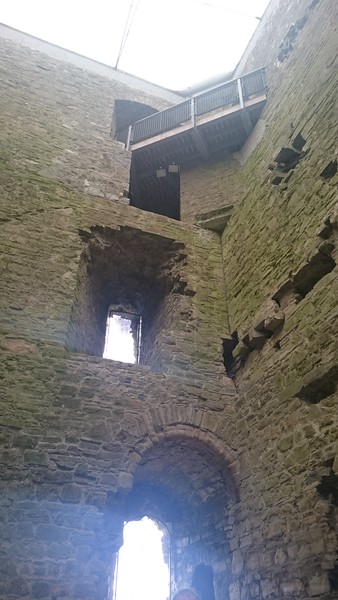 Once we got to the dig site, I thought we were just parking in a neighborhood to figure out where we were going. But then, we got out of the car and walked past a garden towards a building, where a woman directed us towards the site. There, we met a man named Denis, who was our very own, PRIVATE TOUR GUIDE! He walked us through all the digging and excavation areas, and explained what used to be there. We even walked past an area, and how he stopped to explain, they uncovered a full skeleton from the the 12 or 13th century!!! 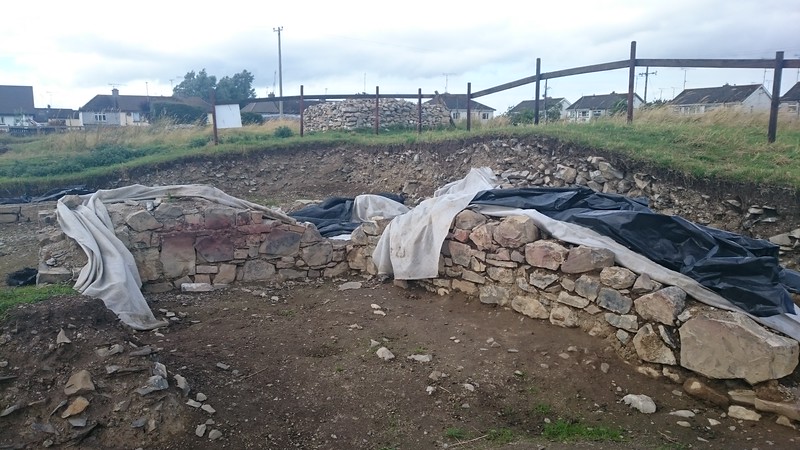 After more walking and explaining, Denis told us how we (being Tori, Gianna, and I) could dig for some artifacts and bones. I was really excited. We went to a kid-friendly area where whatever we dug, wouldn't break easily. I found some bones, cool rocks, a pig's jaw (with teeth still inside!), and a seashell. After a while, Denis came back and asked us if we wanted to join the adults and see some cool findings. Tori and Gianna stayed behind to dig, while I went to check out the findings.

We headed towards a cabin that had a lot of digging equipment in it. We met a guy who showed us some cool stuff. We looked at 500-800 year old mugs, stained glass, book clasps, floor tiles, and old pillar pieces and stones. He also showed us a coin from the 1400s that was so well preserved, it looked like it was 15 years old. It still had the face on it, and everything. In the end, we had a fantastic time, that not everyone gets a chance to do.