My Favorite Places in Morocco

We went to the sand dunes and I got a head turban. We got to ride camels. I really liked it when the camel stood up and sat down because it was super bumpy. I named my camel Fluffy. We rode in a really bad sand storm. It was so sandy that I got sand in my eyes, mouth, and maybe up my nose.

We got to the tents then Gianna, Zoe, and I went sandboarding.It was so much fun! Then we had a really good dinner. After dinner we sat by the fire and sang songs. We went to bed in a windy sand storm. I woke up and rode the camels back.

We also went to the Atlas Mountains. It was so beautiful, and it was incredible. The rocks were orange and black. There were smooth and bumpy parts. There were trees everywhere. In the middle of a super green forest, I even saw a tree that was green at the bottom, yellow in the middle, and red-orange at the top. We were very high up. It was incredible! In the mountains, we stopped and saw Moroccan oil being made. I even got some chapstick. We also saw waterfalls.

We also went to Todra Gorge. It was like the Grand Canyon of Morocco! 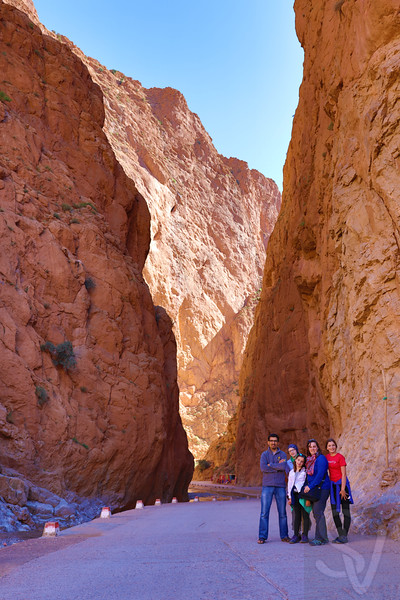 I saw a crazy overhang. We even saw people climbing (but not on the overhang).There was a lake right next to it and a building that a big rock fell on!