You can go into a field and look at a mound and think, "Gee, a mound." Then you see a really big mound and say, "Wow, someone had too much time on their hands." Then you realize no modern equipment was used, only simple machines, maybe some rafts or boats and human effort. Then you realize that it was 200 tonnes of rock from as much as 70km away. You take into account that it took up to three generations to build and you are left confused. 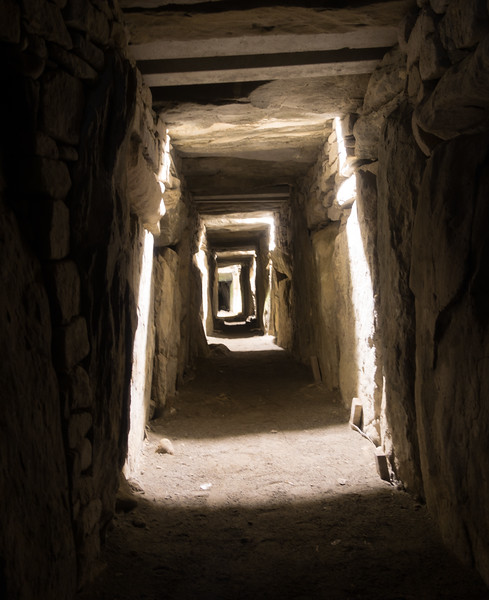 I can reflect on my confusion with simple awe. I recently reported that Donore is nowhere. This is true now, but was not always the case. This particular area of Ireland was the only real "where" for the dwellers here 5000 years ago. Without mortar or concrete they built these monumental passage tombs. They are remarkably well-preserved given the history of Ireland and the various conquests that touched this land. My awe comes from the sheer architectural feats performed with such rudimentary tools and how their deep understanding of solar movements was poured into highly precise plans and construction.

These structures predate the pyramids of Giza and most of the far east. Clear, robust evidence of culture and superstition that predates any of the current three Abrahamic religions (Judaism, Islam, Christianity). These people made up their own beliefs about how and why the world works the way it does before (or in parallel to) so many others around the world. These people all passed, for one reason another leaving a gaping hole in time before future civilizations took up residence.

I'm left thinking that these people passed, but had they not they could be here threatening to kill other people for not believing that the retreating sunlight of the new year takes the souls of the dead to a new life. Even worse, they could be more successfully lobbying to restrict other people's rights to questions and criticize their beliefs; religion is religion after all.

Everywhere we go in the world we will see religion. I expect I will stand in awe of the things it has inspired humans to build and the utter destruction it has inspired (and will inspire) humans to do. The very thing that was a safety net for our ancestors may very well be our undoing: a belief in the supernatural.